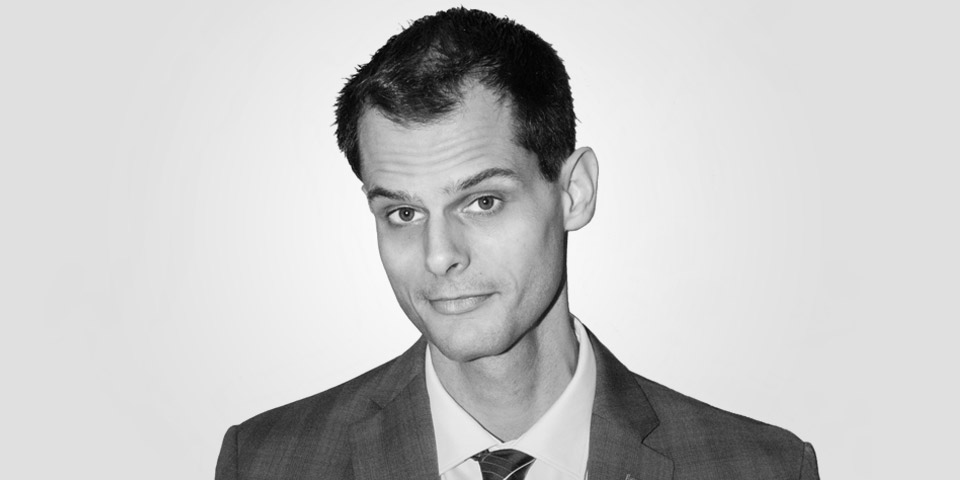 I grew up in a good home, where I was taught to honor God and obey Christian principles, but I somehow missed the true nature of the message. When I was 15 years old I was led to present myself to Christ and was baptized after confessing Him as my lord and savior. Ostensibly, this was an ideal progression of my physical, psychological, and spiritual maturation. The difficulties that began to emerge later on in my young adulthood were intrinsically linked to one tragic flaw: practically speaking, I only regarded Christ as my savior and neglected to ever fully submit my life to Him as Lord.

What followed is what many would consider a “normal” teenage existence. I would imbibe alcohol every other weekend or so, occasionally ingest marijuana, and was sexually active when I felt I was within the confines of an “exclusive” relationship with a girl. None of these activities really bothered me or deeply affected my conscience at the time, although deep within, I knew that something was amiss. Obviously, in all of my cleverness, I had missed the point.

This sinful progression continued into college, where the nature of my debauchery and transgressions grew in severity and frequency, whereas my prayer time with God and my mechanized laments of insincere penitence slowed to a screeching halt. I also failed to achieve the easy-come, nonchalant academic and social success that I had grown accustomed to in high school. I ended up dropping out of college and subsequently growing very angry and distant with God. The anger ultimately grew into a full-fledged hatred and rejection of God and all facets of Christianity. I regarded anything remotely related to Christianity as a feeble-minded institution for the weak, a crutch for the naïve and intellectually diminished.

I subsequently returned home and, through His grace, managed to patch my life back together for a fleeting moment. I obtained a two-year degree which enabled me to get hired as a software developer. During the first few months of my employment, I was introduced to very strong narcotic painkillers. This marked the tipping point in my trajectory of self-destruction. For the next five years, I ravenously consumed narcotics, benzodiazepines, stimulants, and alcohol, progressing as all sin does, to a point of utter hopelessness and despondency. I ultimately abandoned my career, independent of any real plan for regaining self-sufficiency or direction in life and moved back with my parents when I was 31.

When I returned home, my life continued to deteriorate; I wanted nothing to do with God or anything that would derail my path of self-induced destruction. Although I had willfully sabotaged nearly everything of value in my life, I still maintained the delusion that because I (by God’s grace) had managed to avoid legal troubles and incarceration that I was still capable of restoring my own life to meaning. This was merely a delusion of my sin-soaked sickness.

In the summer of 2014, I sustained multiple, near-fatal overdoses on various narcotics, powders, and pills. In spite of all of this, I refused to submit to my parents’ pleas to disavow my addiction. Immediately following a recuperative hospital stay initiated by a devastating overdose that left my heart unresponsive for a few minutes, my parents dropped me off at the Heartland Men’s Recovery Program in September of 2014. At this point I was broken beyond all recognition, physically, economically, spiritually, and psychologically. I was a mere shadow of the man I had arrogantly once thought myself to be.

Although I was finally ready to accept that I needed help to overcome myself and my deplorable propensity toward self-destruction and chemical abuse, I still felt as though God was unknowable and that even if He were not, I was far too damaged and tainted to be worthy of His consideration, let alone forgiveness and love. I was unsure at this point of the nature of God, but I was ready to fully submit to the program, as I was fully bereft of any means to save my own life. I honestly remember thinking, “If this will save me from the wretchedness of myself, I will submit to it.”

During one of the first Church services I attended at Heartland, I was compelled to approach the altar, where I was prayed over by several leaders of the Church. This event marked a significant change of heart and mind within me. Though I did not fully understand it, I knew that God was real. I began to diligently pursue questions I had regarding the nature of God and His transcendent existence by diving into scripture and books on Christian apologetics and theology. My acceptation of the gospel was instantaneous, but the knowledge of God and scripture that I so desperately wanted was a progressive work that continues still to this day. Slowly but surely, all of the intellectual and academic ambiguities and impediments I had regarding God melted away. I allowed Him to fully transform my heart, my soul, and the inner workings of my mind. According to 1 Peter 3:15, we should always be prepared to provide a logical foundation and reasoning for our belief and the hope we have in Christ. This was of paramount importance to me.

Once I was able to logically and rationally verify that God did in fact exist, then I was able to vigorously embrace Christianity for what it truly is. Christ is, in fact, no “crutch” for the naive; He is the historically verifiable truth of the world and the encapsulation of the word and the person of a very much alive, and real, God. Christianity not only holds up against historical criticism, it is supported by it. Contrary to being a crutch for the weak, Christ is now my foundation for strength and I am able to maintain strength through His divine power. God is the most beautiful, transcendent, and pure encapsulation for all the world’s truth and goodness. He sustained a sinner’s humiliation, and a criminal’s death, so that I may live eternally with Him.

I completed my Bachelor’s Degree in Computer Information Systems in June of this year with honors, and am currently in the process of working toward my master’s degree. Most importantly, I now fully submit to Christ Jesus as my Messiah, Savior, and Lord and intend to continually pursue His will for my life more emphatically and intently than I have anything else in life. I have always been a man that failed at moderation and gravitated to extremes of pursuit, it would be a disservice to the God that I once neglected to pursue Him with any less dedication and relentless devotion.

Thom completed the Heartland Men’s Recovery Program earlier last year and says his life has earnestly and sincerely been transformed in every way for the better. He now calls Heartland his home, and works as the data deputy at Heartland Creamery, devoting his time to enterprise resource management and a myriad of spreadsheets and data tables. Thom also volunteers with our GPS Kids program and admits that it is just about the most rewarding thing he’s ever done in his life. (Believe us when we say he makes an incredible “mad scientist.”)