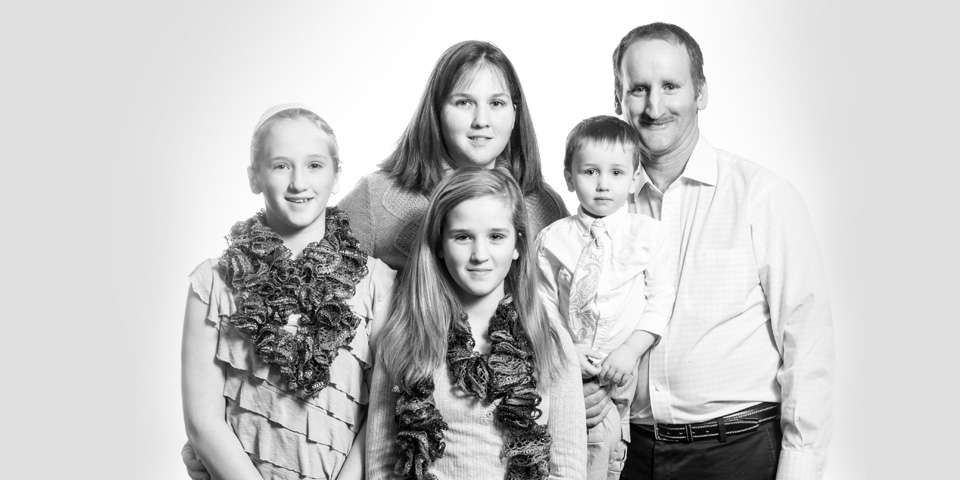 BROOKE’S STORY –
I was raised in a home that believed in God, but did not go to church. At the age of 17, I began to smoke marijuana and run with the wrong people. I thought I was cool. I even ran away from home because mom and dad wouldn’t let me date.

I met LJ when I was 18. He had just been released from prison, and I fell in love at first sight. We had a rocky nine years together but we hung in there. Because of our lifestyle, we even lost our children for a period of three months. Unfortunately, when we got them back, we were still not done with the world and we began to head right back down the same path.

Thinking about it now, I know God was speaking to us, “If you don’t stop you will lose it all.” Did we stop? No! I slowed down and only used on the weekends and when the kids were not around. I thought if the kids were not there when I was using, at least they could not be taken away.

We had family members who were living in Heartland and their lives were different. I knew in my heart that God was asking us to go to Heartland, but I didn’t want to be separated from my family. Then, LJ began to get worse and worse using meth. It was clear to me that we needed help. LJ came to the Heartland Men’s Recovery Center. I stopped using and began to take care of my babies.

Six months later, LJ called and said he wanted his family with him. I packed what I could, sold everything else, and we moved to Heartland. God has changed my whole family and blessed us so much. I thought we would never have another child because of all the junk we had done, but God gave us a son, who is now two.

God blessed me with a true God fearing and loving family. God is the best part of the whole deal because if it wasn’t for His loving correction there is no telling where any of us would be. Thank you, God, for your mercy and love. Without it, I believe I would be in hell.

LJ’S STORY –
When I came to Heartland in 2010, I was broken from my addictions. By God’s grace, He shook me and showed me there was going to be no more riding the fence.

Growing up, my family acknowledged God, but didn’t think it was really necessary to go to church. But even from a young age, God already had His hand on me. I was in an accident when I was little and the doctors said I would be a vegetable for the rest of my life. But God raised me up.

My insecurities were part of what led to my drug addiction and doing time in prison. When I was released, I met my wife, Brooke, who is one of the things I am most grateful for in life. I did a lot of things I am not proud of, like not being a good husband or father when I was caught up in sin and all of the drugs. I found myself giving everything away that God had given me and my family.

When I finally came to Heartland, God began to restore my marriage and my health, and brought me to a place of unity with Christ. I am thankful for a church where my family can get teaching of God’s Word.

Years ago, I always dreamed of sending my daughters to private school, and working on a ranch of some kind. Here at Heartland, we have both. Plus, two years ago God added a son to our family. I am so blessed.

I could not have asked for a better wife and mother to our children. Brooke and I may be short on words, but our goal is to live out our faith every day. One of my favorite verses is from James 2:17, “Even so faith, if it hath no works, is dead, being alone.” I try to be an example to the men I work with at the Dairy, both in my work ethic and how I live my life. I have been encouraged and lifted up by people here at Heartland, and now I want to give back by doing the same. I can’t begin to tell all that God has done for me, so I want to try to live so He is exalted every day in my life.

There is plenty of laughter in the Derryberry farmhouse these days. Friends say it’s a mixture of the joy that comes from serving Jesus and pure orneriness!