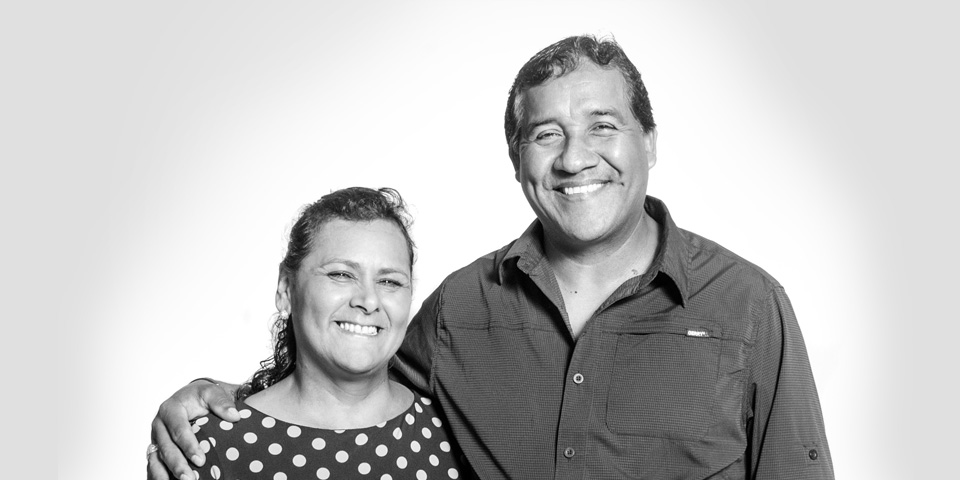 I will start by saying that I got happily married to my wife, Paola. We had our children and everything was happiness. But sooner than later I started with my foolishness. I started drinking, and using drugs, and our life became hell. Years went by and everything continued the same. I kept on cursing, mistreating my wife and children, and all the rest that comes with that.

One time we got really close to being divorced when we were living in Los Angeles, California. I decided to move to Tijuana and left my family on their own. However, my good wife did not give up on me, even though I had abandoned her. She went to look for me and gave me a last chance to change.

At that time she started going to church and I joined her. At the beginning, I did not believe anything but I started liking it until one day I accepted to go to the front and give my life to our Lord Jesus Christ.

In another occasion God also called me through a Pastor that did not know me and I did not know his name. He told me, “Xavier, get out of the bench and come to the front” (that is to say, to the altar). I went forward and prostrated myself before almighty God. Afterwards, my wife and I asked the pastor why he had mentioned my name, to which he answered that he had never said anything. It was there when we were all astonished. God was the one who had called me. The other surprise was that only my wife and I heard Him called me by name.

What I am trying to say is that great and powerful is our Lord Jesus Christ and whomever has Him in his/her heart and keeps His commandments will live with Him forever. Amen.

Javier and his wife Paola work together at the Heartland Goat Dairy, taking care of all of the “kids”. (More than 800 goats are born each year!) The Yocupicios are a vibrant part of the Heartland Community, and especially enjoy keeping up with their own lively grandsons who also make their home at Heartland.