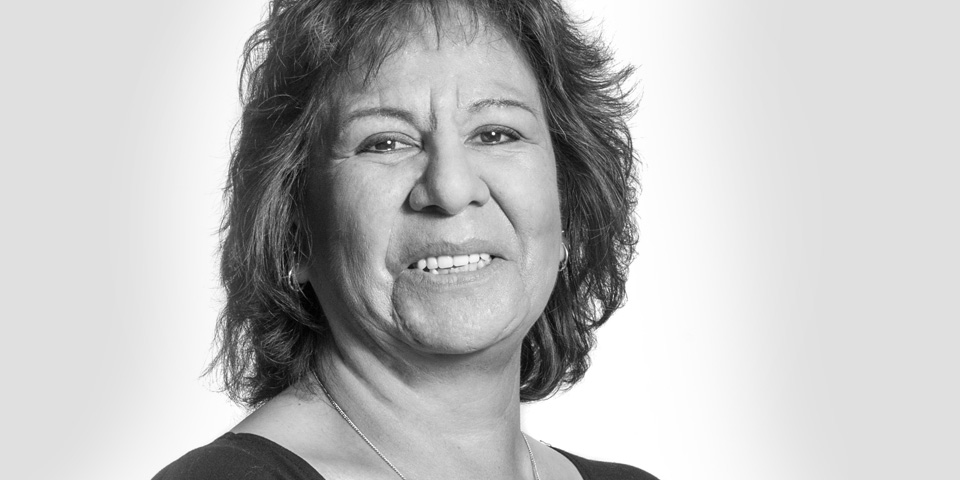 At eight months old, my Chippewa mother gave me up for adoption. I was taken in by a wonderful Christian family from Minneapolis who I have known all my life as mom and dad. We were a hard working family, always busy, but we went to church and Sunday school, said prayers at night and before we ate.

When I started school, I realized I was different than everyone else. There were black kids and white kids, but no Indian children. I felt almost like an outcast. I remember once in fifth grade my teacher asked, “What would one thing be that you could change about yourself?” I said the color of my skin. She said I should be proud, that my people were here before anyone. That made me feel much better.

I think being adopted affected me more as a feeling of being rejected by my biological mom, rather than realizing that my adoptive parents adopted me because they loved me. My mom was proud of the fact that I was Indian but I felt just the opposite.

I had my first drink of alcohol when I was 15. It made me feel like more than I thought I was. I loved that feeling it gave me. Every chance I had I would drink for that feeling. At 20 I had my daughter Nicole… as soon as I said I was pregnant, her dad left. Rejected again.

My first husband was mentally abusive, so we didn’t stay married long. A few years later I met my second husband, and he became abusive as well. Once he hit me while my kids were there, so I knew I couldn’t keep living like that and I left him. I continued to get into relationships, but once it because serious I would leave, thinking I would reject them before they could reject me.

At about 30 I started getting DWI’s. In a two-year period I was in and out of about eight treatment centers. I would get in trouble with the law, and run to the treatment center. I did end up going to AA and NA, and there I found my spirituality. Working the steps helped me with my spiritual life.

For about four years I did pretty good, but I thought I was doing it, and didn’t rely on God. I tried to help others, got overwhelmed, and then started drinking again. In 2006 I got my last DUI and they took my license away for 10 years. They put me in drug court, and it was hard for me because I still didn’t want to give up my drinking.

Toward the end of drug court, 15 months in, I seemed to be doing well. I had four different part time jobs, was going to meetings, and was even responsible enough to have keys to four places to open up. I wore a bracelet that said I was OK. I passed breathalyzers… But then I began having anxiety and heart palpitations. I drank twice to get out of drug court, hoping they would send me to prison instead. They did, but instead of being there 2-3 months, it was almost a year. I spent six months in Vandalia, and six months in a treatment center in Chillicothe.

I got out of prison, got through parole, and was even praying and going to church, but I began to relapse. That’s the way my whole life had been. In April I got a bottle and almost drank it all. When I came out of my blackout I was at my daughter’s house; my husband had kicked me out of the house.

I went to treatment again, and a guy there asked if I had ever thought about going to Heartland. The Heartland Open House was coming up, and everywhere I looked, there were TV commercials, flyers, and announcements. I started the process, and when I walked through the doors of the Women’s Home, it was a sigh of relief that I had finally made it.

In the meantime, my daughter was doing drugs, and getting in trouble with the law. She ended up in jail and began writing letters to me saying she was at the end and was ready to surrender her life to the Lord. A woman who knows Pastor Charlie visited her in jail, and she brought Nicole out here for an interview. I was praying that she would come to Heartland, realizing she would get a good foundation here, and it would be a good place for my grandson. They came, and my prayer was answered, and I’m so thankful to God.

Also, my husband Jeff and I are communicating, and my other children have come to visit periodically. My relationships with them are being restored. Words can’t explain what that means to me. The Bible, Bible studies, and a relationship with God are what have changed me. I am still growing in Him, still building on that foundation. I continue to trust God and I pray that my sons will find a relationship with the Lord like I have.

When I met my biological mother at one of my treatment graduations. I asked her why she gave me up. She said she did the best she could. I went outside and was asking God “why?” And He said, “You are a child of mine.” That settled something in my heart. I know He wants to bless us as His children; it’s just that I have never had the stick-to-itiveness. So, I continue to rely on Psalm 3:5-6, “Trust in the Lord with all your heart, and lean not on your own understanding…” I want to live a surrendered life, relying on God. No matter the circumstances, whether they are good or bad, I want to give thanks.

When I cry out to God for help, strength, or guidance, He fills me with His love and peace. He ALWAYS goes above and beyond what I ask for, and in the end, I know He gives me what I need when I need it. His timing is perfect. I am learning to wait on the Lord!

Becky is up at 4am most days, getting ready for her breakfast shift at the Solid Rock Cafe. For now, she plans to stay at Heartland to continue growing and learning, and to serve her family (Nicole and Keenen pictured below, as well as Brooke, Amy, Conor and Shane and Avery). Becky has always wanted to be God’s servant, and it’s obvious to those she works with and meets that she has a servant’s heart.