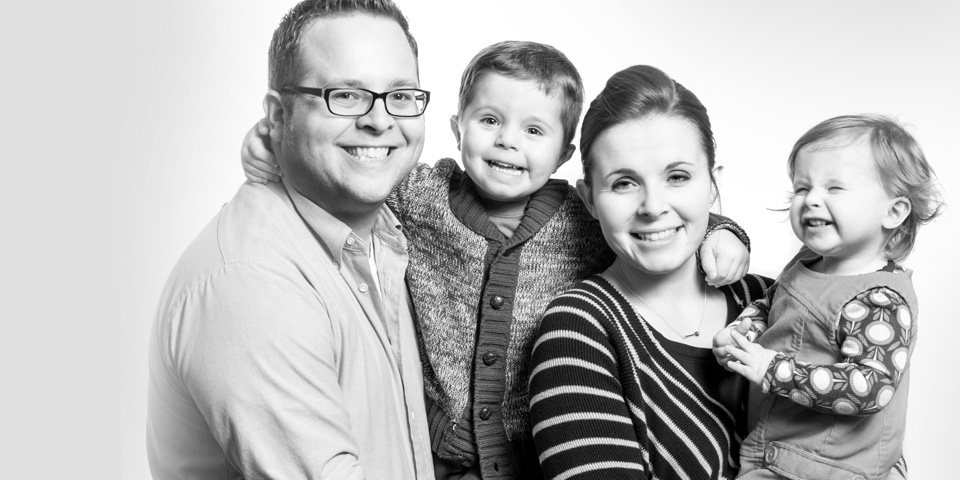 Being raised in a house with a single parent has become commonplace for many homes in America. I was raised in such a home by my mother along with my two older sisters. I was three years old when my parents divorced. I spent my younger years playing with GI Joes and Legos, and grew up watching Transformers and Star Wars. I spent weeks here and there with my dad. His job moved him all over the country, so I was a well-traveled kid.

My mom’s parents lived in Kirksville, Missouri, so that’s where we moved to after the divorce. My grandparents were major influences in my life and I learned many things from their examples. We attended a local church in Kirksville, and were students in their private Christian School. I was raised to be honest and respectful of others. I also had a healthy fear of getting into trouble. My grandad was a man who gave his time and energy to serve his community. He volunteered at a local food pantry, and I spent a lot of my free time with him.

Between school, the church, and youth group services, I grew up with a lot of rules that intended to point me toward God. Though stifling at the time, they kept me safe. Some such rules were we weren’t allowed to date, and we were discouraged from rated R movies, and secular music. I also didn’t have many friends outside the church or school. I was a part of a church that lived morally good lives, met on Sundays and did their best to be a New Testament church.

But the Bible talks about a group of people that knew God, and did not honor Him as God. This became the path I was on once my teenage years hit and I started to look for what else life had to offer. I began finding comfort in music that was more about fame, women and self-gain. I found movies and magazines that aren’t appropriate for anyone and began down a dark path of self-loathing. I stayed away from drugs and alcohol mostly because those were the “big sins”, thinking I was a good kid still, who wasn’t too screwed up. I may have looked like a good kid on the outside, but my heart was full of lies and fear.

Without having a dad around in my daily life, I kept those feelings, emotions and problems to myself. I had ample opportunity and many leaders in my life who would have helped me through these years, but shame and pride kept me inward. The night that I decided to change didn’t have any major fanfare. We were having special services one week with a visiting pastor who had lived a life of drug and alcohol abuse. After his testimony he asked if anyone felt like their eternity was uncertain. I found myself sitting up my chair and raising my hand for salvation. I remember my grandad sitting next to me. I wish that I could tell you that after that moment my life was perfect and I never struggled with sin again, but life takes work, and God has a promise of peace and freedom to all who seek it.

In the following years God began to give me the desire to see other kids set free. In the summer of 2002, I moved to the Heartland community and attended a two year Bible College. I met a girl who soon after became my wife, and we’ve been married for eight wonderful years. I have two energetic young children and I love being a father and husband. I strive to be an example of how to be a father, and how to love my wife unconditionally. As a parent now, I look back at my single mother raising three kids and have mountains of respect for her and every single parent out there that makes it work. Growing up I never noticed that we skimped and saved, and sometimes went without.

I currently work in the IT Department at Heartland and I’m pursuing an online Bachelor degree in Computer Science. I have the opportunity to touch each department in Heartland, and many areas of my local community. More recently, my wife and I joined with a few other young couples to start a youth group in our community with the goal of helping them find their identity in God. God has put me in a place where I can be a husband, a brother, a father, a friend and most importantly a son. My dad and I talk often and have had many father/son trips together in recent years.

The Bible tells us that God has not given us a spirit of fear, but of power and of love. When I found myself too deep in addiction and full of shame and doubt, God came and met me. I wasn’t changed in an instant, but God has given me a Spirit of power. I work daily to live in that Spirit, and to be a godly example to the younger generation. My life is committed to my family and committed to be a light in my community. I am no longer bound by addiction, or driven inward by fear. It is through the power of God’s promise that anyone can be free.

There is always plenty of activity around the Smith house. In addition to keeping two young children occupied, Josh and Cathy often host friends and youth for board games and snacks, and they are both involved with the Heartland worship team.